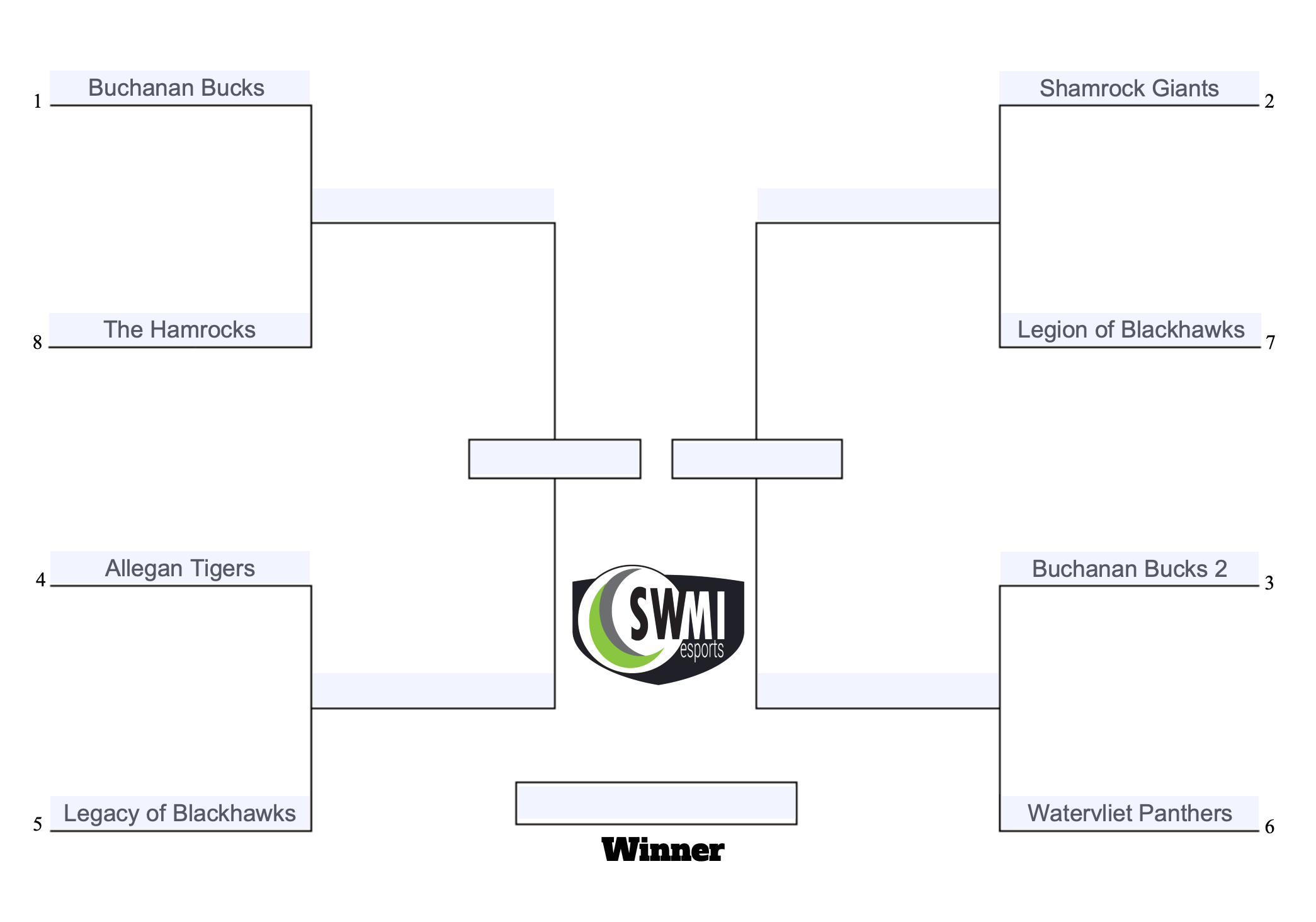 It’s been a long season for our teams due to COVID and snow, but we have made it to the end! It’s time for the Spring 2021 Rocket League Tournament!

The tournament should be an interesting one to say the least. The defending champion Shamrock Giants are coming into the tournament undefeated and are hoping to continue the streak of Berrien Springs taking all of our trophies thus far. However, the Buchanan Bucks are coming after the Giants as they also finished with an undefeated season!

The bracket can be found below:

All games will be available on Twitch. Given that we can only stream one match at a time, the game that isn’t live streamed in each time bracket will be recorded and played on the channel as soon as possible. You can watch the stream below: